Stephani shares her experience hunting with her husband, Kerry.

Fall time at my house means spending the weekends either as a weekend-hunting-widow or joining in and going hunting. Not that I carry a gun, but I do enjoy hiking around off-trail with my husband, Kerry. For a city gal, it’s been quite the learning experience.

I have gone skeet shooting, and once shot Kerry’s rifle at a practice target—which about knocked me to the ground and bruised my shoulder. I have been bird hunting and deer/elk spotting with Kerry many times, but this was my first big game trip where he got an elk.

On this particular fall day, we were at a friend’s 2000 acre ranch near Maupin, Oregon. We weren’t really roughing it, as we stayed in a bunkhouse, and the couple who took care of the ranch lived in the house there. At around 4 am all the hunters left to go spot some elk while those of us—that weren’t keen on waking up so early to go out in the dark and freezing cold—slept in. Generally with hunting, you go out for a few hours to spot, then come back to the campsite for a break, and then go back out again. 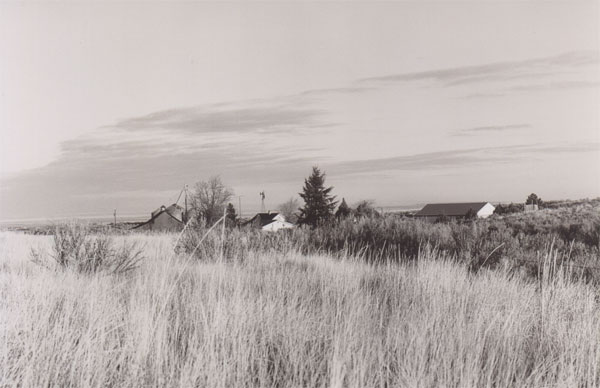 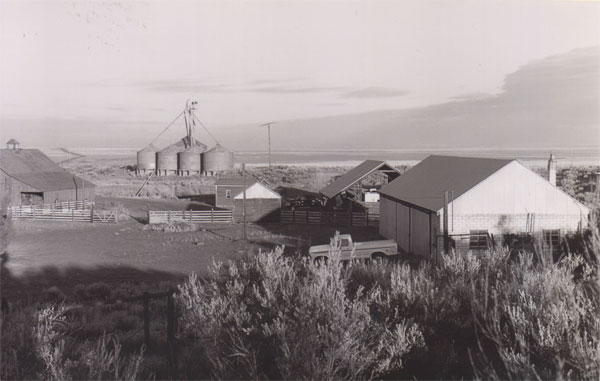 Around 9 am, those-who-stayed-behind were enjoying some morning coffee in the comforts of the ranch house and discussing the fact that the guys were out for a quite a while, when they finally came back with huge grins on their faces. They had shot two cows (a cow is the female elk and a bull is the male elk) down in the canyon.

Some background on legal hunting in Oregon: It’s a lottery-based system where you pay to enter the lottery within your chosen hunting area and only a certain amount of tags are given out (either bull or cow) per season. So if your name is drawn you then have the right to purchase a hunting tag (ODFW dictates whether it’s a bull or cow, depending on herd population for that year). This year, Kerry and his friend drew two cow tags for Maupin, Oregon.

I don’t know how many people are familiar with the beautiful landscape on the east side of the Cascades near the Deschutes River and Maupin, but it is dry and deceivingly rugged and dense. In this I mean when viewing the dry wheat fields from the road side you think it’s rather uncomplicated and flat, but if you’ve ever hiked, hunted or wandered in this area you’ll see that the vegetation of mainly sagebrush and junipers can tower over your head at about 8 feet or so. The flat land, which seemingly goes on for miles, actually drops off into deep canyons, without giving any such a hint from a distance. 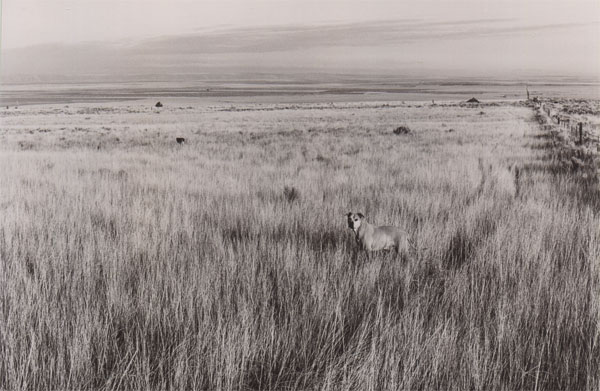 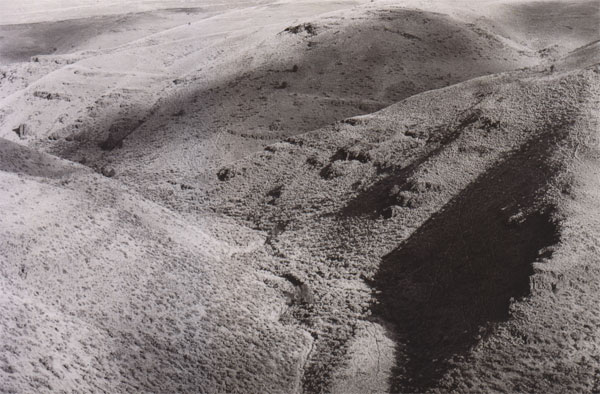 So when we heard that the two cows they had shot were down in the canyon, we knew there was some work to be done. Though one might spend days hiking around, waiting, scoping and never see anything, it might be said that’s the easy part. The field dressing, hauling, sawing, skinning and butchering of the elk, is where the work comes in.

We drove out as far as we could on the interior road to size up the 1200 ft canyon we needed to hike down. We clambered down the side stumbling over rocks and sagebrush. When we got to the bottom of the canyon, we followed the creek for about a half a mile. Here the juniper and creek bushes stand 10 feet tall and are wide since they have a water source. Once you are in the thick of the vegetation, it is hard to imagine how one would ever spot an elk; it’s brown colored hide is so camouflaged with the brown, green and grey landscape.

By the time we arrived with our hauling gear, our dogs were faithfully guarding the cows and occasionally licking at blood from the cows.

The men had gutted the cows prior to coming back to the camp. Gutting is done directly after shooting the animal. This is done to get the body to start cooling down. The first cut is made with a knife—starting down low by the udders—and then continues up to the ribs, being careful not to puncture the bladder (otherwise urine would get into the meat). A saw is then used to hack through the breastplate and the rest of the way up to the throat. The entrails are then taken out and left in the field. 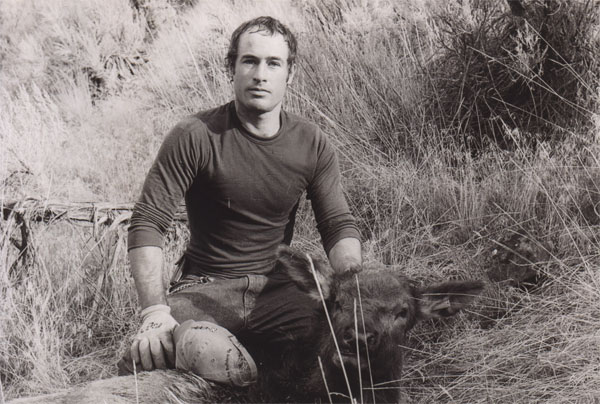 Each cow was approximately 400 to 500 pounds and the size of a horse. With the cow on it’s back, we each took a leg and carried/dragged the elk back along creek through the thick vegetation. As you might imagine, this was quite an exhausting endeavor and we had to take many breaks. We did this with both animals and brought them to the bottom of the canyon. It took over two hours just to get them to this point. Instead of carrying the animals up the steep canyon, we enlisted our friend’s dad’s truck that had a winch and 1200 feet of cable. We strapped the elk to the cable and very slowly the animals were dragged up, their hide still on to protect the meat through the dragging process. 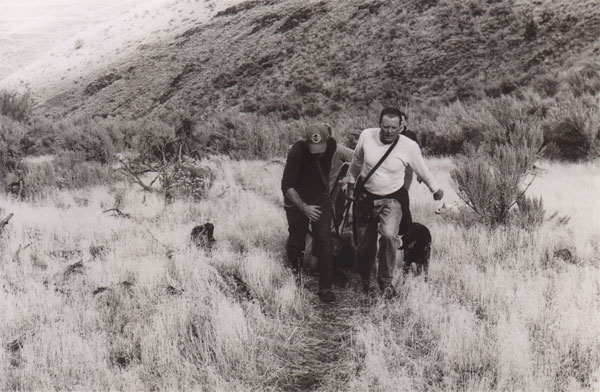 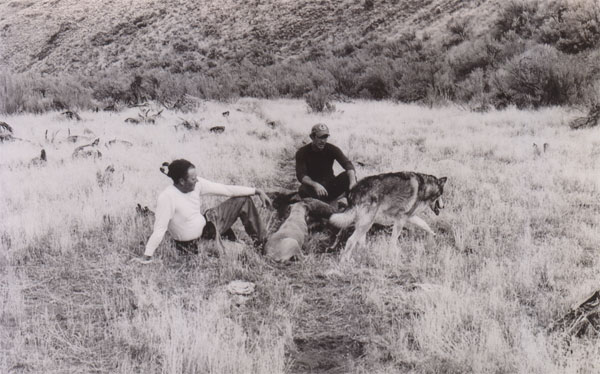 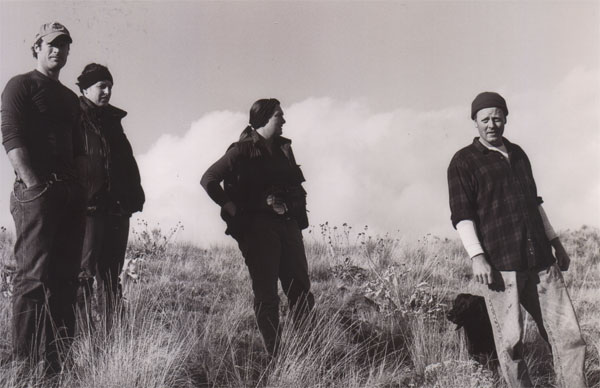 Once we had the animals atop the canyon we put them in the truck and drove them back to the ranch.

The elk were then hung from rafters in the barn by their hind legs. The next step was to skin the hide starting from the hind legs until the skin is all the way down to the neck. Here is when you remove the head with a saw. The elk is then quartered; it is first cut in half—right below the rib cage—and then cut again down the spine. The four pieces are then all hung for about five days. Unless there are flies or bees bothering the meat you don’t need to cover it. You then go over the meat again, removing any blood-shot (bruised meat) or missed hide, making sure the meat is clean. 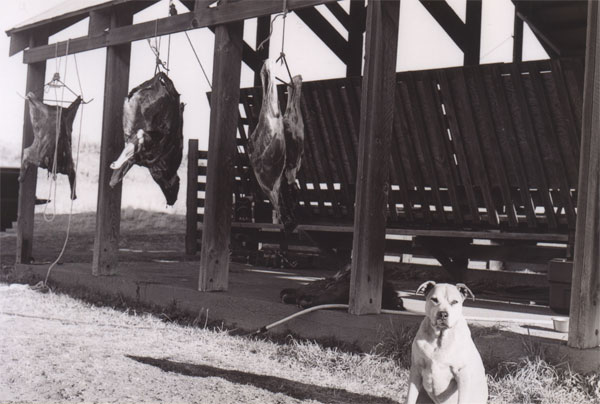 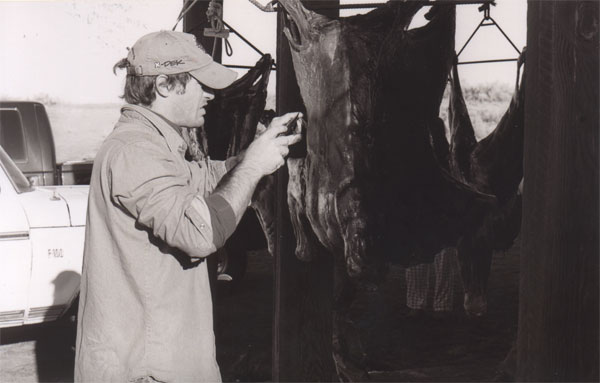 You can take the meat quarters to a butcher shop and have them butcher it for you, but it can be expensive. We butchered it ourselves. We brought the quarters back to our house in Portland and let it hang in the garage for five days. The butchering part takes a while; individual pieces are cut off, wrapped in freezer paper marked with the date and type of cut (ex. backstrap, steak, rump roasts), and then put in the freezer. Any leftovers or small pieces (scrap) we took to Gartner’s (butcher shop) and had breakfast sausage and pepperoni sticks made.

There is something to be said about knowing exactly where your meat comes from and the process involved getting it. I definitely have a finer appreciation for hunting now and feel better about eating meat that we obtained ourselves, rather than buying it pre-packaged from a grocery store where all the ugliness of being a carnivore is hidden. Seeing the animal—the blood and guts of the butchering process and the work involved—makes me feel more deserving of eating its meat.