Results in about 5 cups

In a small saucepan, over medium heat, bring maple syrup to a simmer, stirring occasionally, until reduced by ALMOST half (about 8 minutes). The syrup should remain a liquid, not become solid. Allow to cool.

In a separate, medium-sized saucepan, put in 1 CUP of the cream, and the salt. Stir to combine. Split the vanilla bean lengthwise with the point of a sharp knife, exposing the seeds within. Remove the seeds by scraping the flat side of the knife along the pod. Scrape the seeds into the saucepan with the cream and salt. Stir to combine. Simmer the cream over low heat, stirring occasionally, until fragrant and slightly reduced, about 5 minutes. Remove from heat and allow the cream to cool to room temperature (about 15 minutes).

When the cream has cooled, pour the mixture into a large bowl. Combine the cream/salt/vanilla mixture, the cooled maple syrup, the remaining 1 cups cream, the milk, and the vanilla extract. Stir to combine. Cool the mixture in the refrigerator until chilled (about 10 minutes).

When the mixture has chilled, scrape it into the frozen bowl of an ice cream maker, and churn according to the maker's directions.

Once the ice cream is churned, transfer it to a container with a lid that you can freeze. Freeze until solid, about 2 hours or overnight.

It's wonderful when soft, so we recommend letting it sit out till it just starts melting! 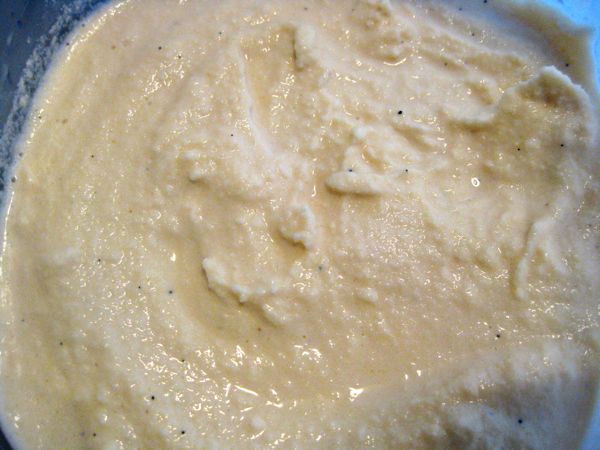